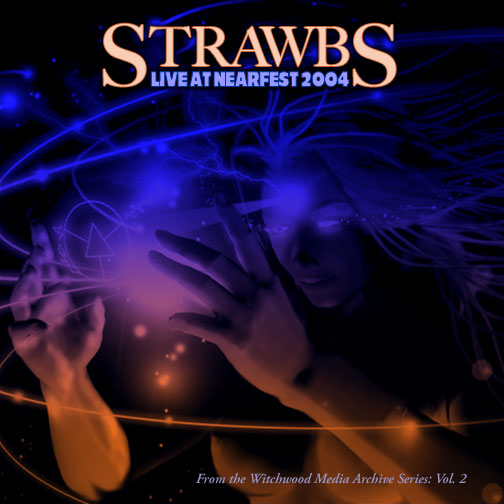 Live at NEARfest was recorded in Bethlehem, Pennsylvania in June 2004. The line-up is singer and songwriter Dave Cousins, with guitarist Dave Lambert, bass player Chas Cronk, drummer Rod Coombes, and keyboard player John Hawken, closing their US Summer tour which re-united the mighty Hero and Heroine band for their first live shows together since 1975. I had travelled with the band for 4 US shows earlier in the tour but was unable to stay for this performance. The tour was fabulous, repeated in the UK a year later.

"If you were at NEARfest this past year you probably witnessed the outpouring of affection for the Strawbs." (Exposť Ė March 2005)

"The reunion of the classic Hero and Heroine era line-up was the perfect choice for one of the headline slots." (Rob LaDuca Ė President NEARfest)

The tracks marked * are separate tracks from the songs they refer to, though not identified as such on the tray back track listing.