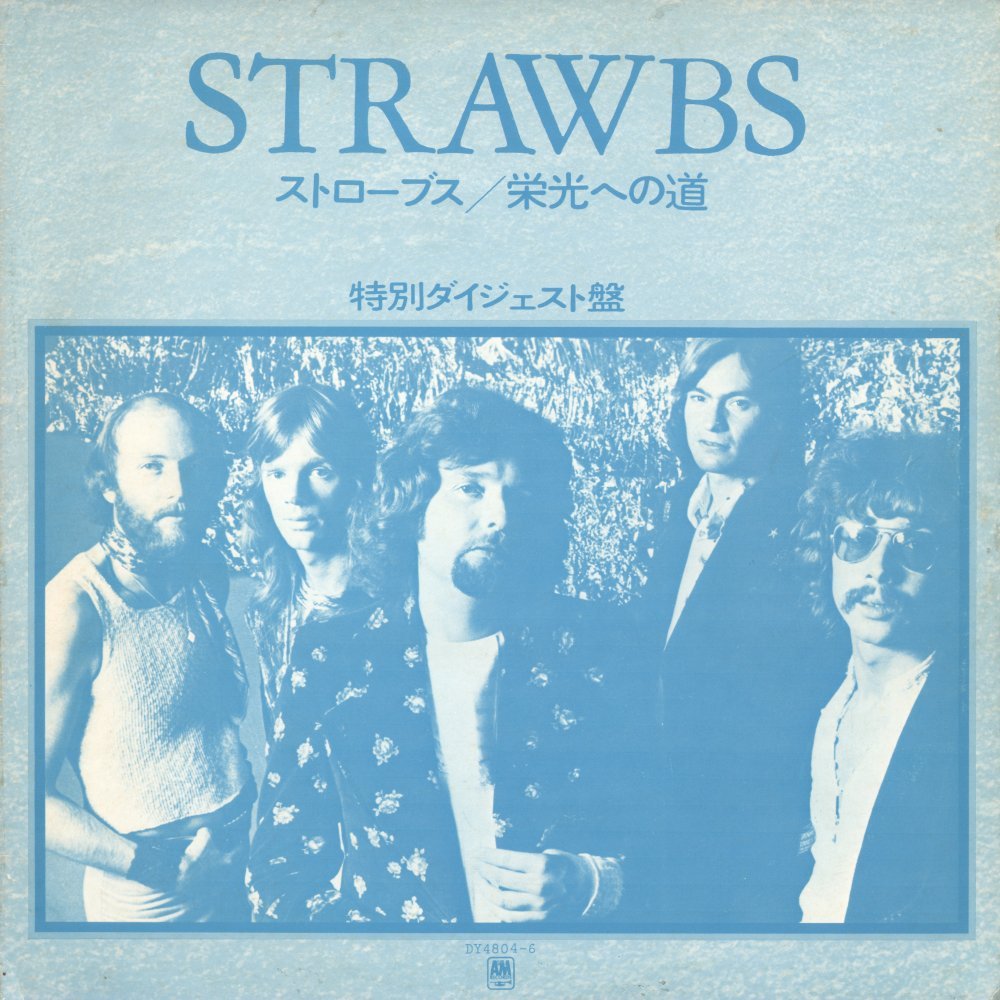 Not released on cassette, 8-track or CD

Back to main Japanese Sampler page

LP: DY 4804-6 (A&M Japan, 1973). Attractive light blue cover, with family tree in Japanese on the rear cover. Both copies I have of this are promo labels in A&M/King Records style, so uncertain whether this had a full release.

The front cover has a promo pic of the BATS Strawbs line-up in front of one of those very useful crunched up silver foil backgrounds. The back cover is a hand-drawn "family tree":

Inside left, there's a track listing and track notes in Japanese. Inside left, firstly an article, secondly, band member biogs, with dates of birth. At the bottom, thumbnails of other Strawbs albums, some released on King Records (with cat numbers, but in Japanese), other (Dragonfly and Strawbs) not so.

Back to main Japanese Sampler page