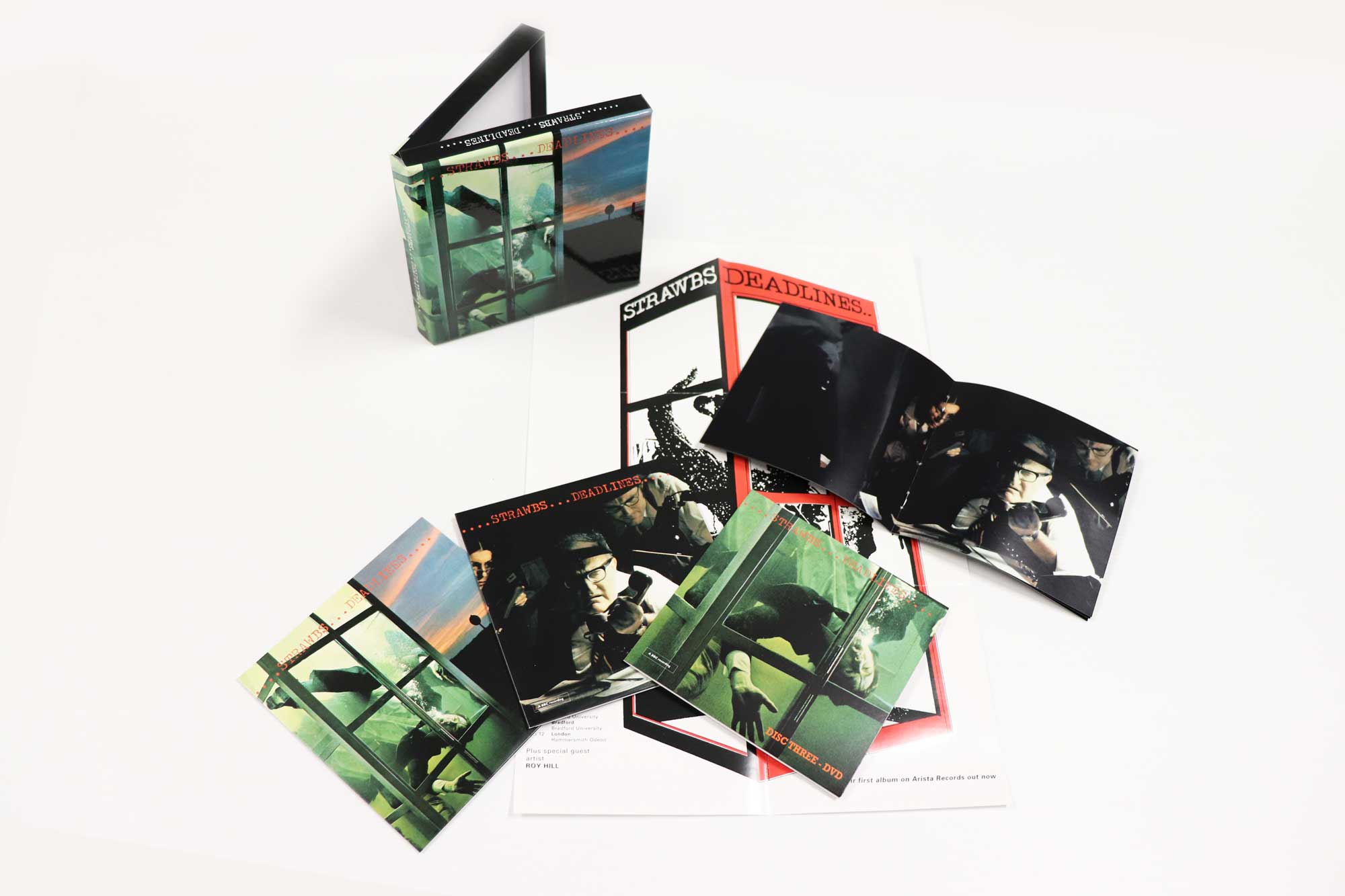 Released in late 1977, this was the band's final album released in the 1970s. Recorded in Dublin and London Deadlines was the Strawbs only album for the Arista label. Often unfairly overlooked in the Strawbs canon and largely ignored by some quarters of the music press upon its release (at the height of punk rock), Deadlines was a fine album featured some excellent tracks such as 'No Return', 'The Last Resort', 'Sealed With A Traitor's Kiss', 'Time And Life', 'New Beginnings', 'Deadly Nightshade' and 'Words Of Wisdom'.

To promote the album Strawbs made a memorable appearance on the BBC TV and Radio simulcast programme "Sight & Sound in Concert", aired in February 1978 (featuring recently recruited keyboard player Andy Richards in their ranks) where they performed a blistering 60 minute set of some material from Deadlinesalong with other classics such as 'Lay Down', 'Ghosts', 'Heartbreaker', 'Cut Like A Diamond', 'Round And Round' and 'Hero And Heroine'. This concert appears on both a CD and a DVD (NTSC/Region Free) in this set for the first time, re-mastered from the original BBC tapes, along with 11 bonus tracks comprising alternate takes and demos from the Deadlines sessions.